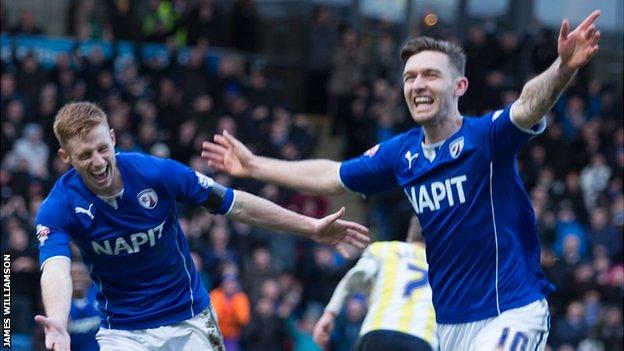 The Gulls took the lead when Shamir Goodwin burst through on goal and rifled the ball high into the net.

But O'Shea fired in a left-footed volley to make it 2-1, and a precise right-footed effort sealed the three points for the Spireites.

"It was a poor game and great credit must go to Torquay.

"They came with a game plan - obviously to frustrate us - and then they get a goal.

"At this stage of the season, it's about results and we got one today.

"I'm pleased for the players, it wasn't pretty for the long time but we certainly got the job done in the end."