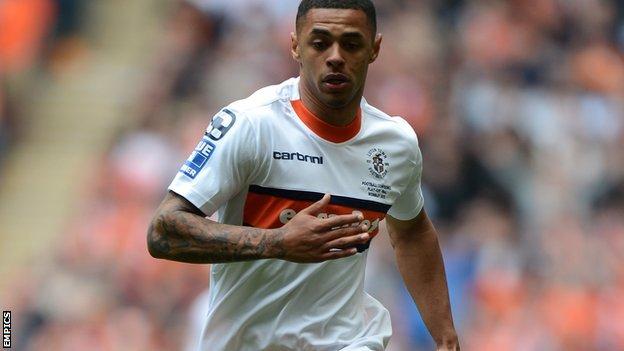 Gray's close-range finish put the Hatters ahead and the home side were rampant after the break.

Since the January transfer deadline day sale of Hereford's midfield linchpin Josh O'Keefe to Kidderminster Harriers, the Bulls have played twice, lost twice, not scored and shipped ten goals in the process.

Pelly Ruddock curled in a fourth, Gray made it 5-0 from 18 yards and got his third from Alex Lawless's cross before substitute Jon Shaw finished the rout.

It was Luton's 10th win in their last 11 games and stretched their unbeaten run to 22 matches and their lead at the top of the table to nine points.

Meanwhile, the result was not only Hereford's heaviest loss of the season but their worst league defeat in 50 years.

It outstripped the 7-1 Division Three battering at Mansfield on Boxing Day 1994, matching the 7-0 Southern League humiliation against Hastings United in the 1963-64 season.

The Bulls were also beaten 7-0 by Division One side Middlesbrough in a League Cup second-round first-leg tie in 1996.

"If we're successful this year, it won't be me, or the players, or the supporters, or the ground staff, or the directors. It will be everybody.

"The wind was swirling. It was difficult to move the ball if I'm being honest. But we felt if we got to the second half without being too badly damaged, we could play our pass-and-move football - and we did.

"I thought at half time we'd be okay, because the conditions going that way were much easier for us."