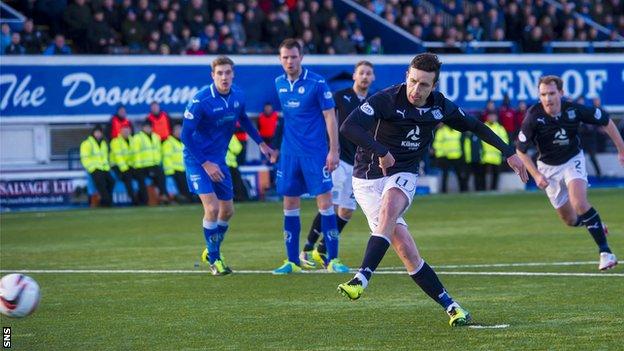 Ryan Conroy's penalty gave Dundee victory at Queen of the South and moved Paul Hartley's side four points clear at the top of the Championship.

Goalkeeper Jim Atkinson was sent off after fouling Martin Boyle in the box as half-time approach.

And substitute stopper Calum Antell, who came on for Bob McHugh, was unable to save Conroy's spot-kick.

Queens were left frustrated in the second half when Ian Russell's shot came back of the crossbar.