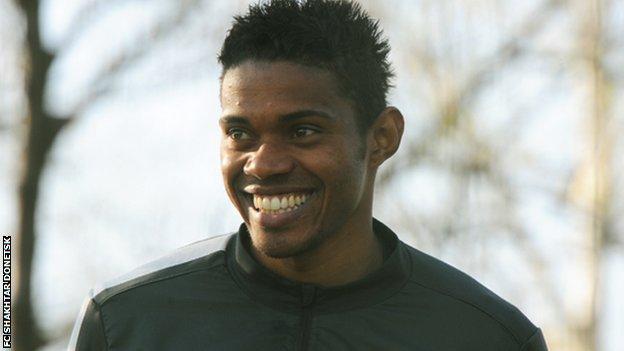 Shakhtar Donetsk striker Maicon Pereira de Oliveira died in a car crash in the Ukrainian city on Saturday, the club have announced.

In a statement on their website, Shakhtar said that the Brazilian, 25, was a "wonderful person".

"He was a talented footballer, open and friendly guy," the club added. "It is a terrible bereavement for each of us."

Maicon was on loan to Ukrainian league club Illichivets Mariupol until the end of the season.

He joined Shakhtar Donetsk on a free transfer in 2012 from fellow Ukrainian side Volyn Lutsk and made six appearances, scoring one goal.

The club have released no further details about the crash.