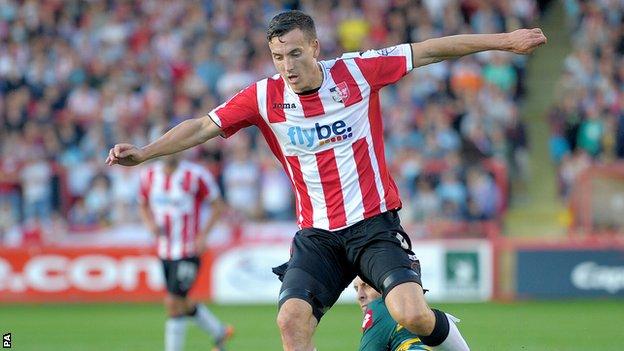 Bristol Rovers have signed Exeter winger Alan Gow on loan for the remainder of the season, with Eliot Richards moving in the other direction.

Gow, 31, is Exeter's top scorer with seven goals this term, but has not started since a 2-1 defeat at struggling Rovers on 11 January.

"Along with Steven Gillespie, we hope he can improve our strikeforce," Rovers boss John Ward told the club website.

Forward Richards, 22, has scored five times in 28 games this season.