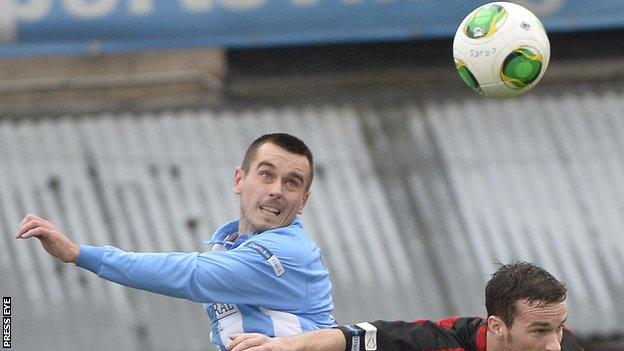 Warrenpoint hit the woodwork three times as the Irish Cup sixth round clash with Bangor ended in a scoreless draw on a heavy Milltown pitch.

Bangor were first to find the frame of the goal when Jordan Forsythe's volley skimmed the crossbar.

The Championship side almost took a 15th minute lead when Forsythe struck the bar after being picked out by Stephen O'Neill.

Warrenpoint were then denied three times in similar fashion while Cairnduff's save came after Grant was put clear on goal.

O'Neill fired over for the Seasiders early in a second half of few chances, with defences firmly on top.

The sides will meet again in a replay at Clandeboye Park on Monday, 17 Febuary with the winners away to Queen's University in the quarter-finals.