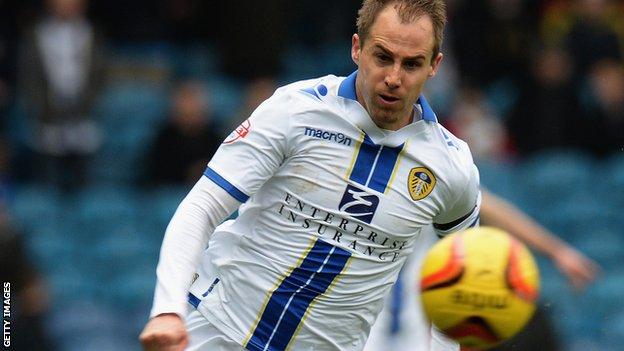 Leeds striker Luke Varney has joined Blackburn on loan for three months, with a view to a permanent move.

The 31-year-old was signed in time to feature at Middlesbrough on Saturday.

Former Crewe, Charlton and Blackpool striker Varney, who will be at Ewood Park until 11 May, had been a target of Rovers boss Gary Bowyer for some time.

"He is a great addition to the squad," Bowyer told the club website. "He has been very to join us and gives us further attacking options."