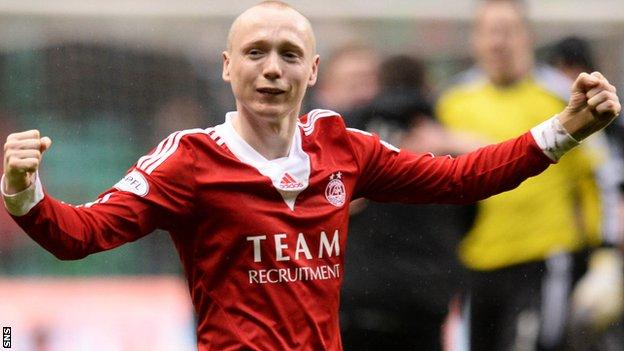 Aberdeen's reward for eliminating holders Celtic from the Scottish Cup is a home quarter-final against Dumbarton.

There is a potential all-Premiership tie with Dundee United visiting Stranraer or Inverness, with those sides replaying on 18 February.

And Albion Rovers' first appearance in the tournament's quarter-finals since 1934 takes them to Ibrox to face Rangers.

The Wee Rovers overcame Stenhousemuir after causing a major shock by defeating Motherwell earlier in the competition.

Rangers were comfortable winners over Dunfermline in the first of the fifth-round ties on Friday.

And United claimed the final place in the draw with Sunday's win over St Mirren.