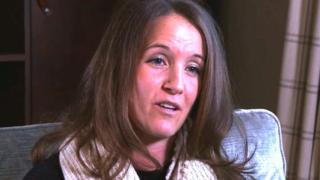 England captain reveals she is gay

England women's captain Casey Stoney says she is no longer "frightened" of what other people might think after coming out as gay.

The centre-back, who recently re-signed for Arsenal Ladies, reveals she was inspired by the reaction to Tom Daley's recent announcement and says she wants to live in a world where it is "not news anymore".

Stoney has 116 caps for England and also captained Great Britain at the 2012 London Olympics.