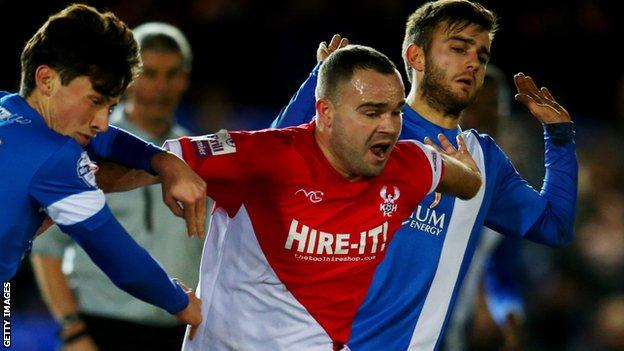 The New Saints have signed midfielder Lee Fowler on a free transfer.

The 30-year-old, who has played for clubs including Coventry City, Huddersfield Town, Newport County, Wrexham and Doncaster Rovers, was released by Kidderminster Harriers having joined them in June 2013.

"I am pleased to have signed and it is a really good opportunity for me to play some games," Fowler said.

"I nearly signed for TNS last summer but the deal didn't materialise."

Fowler could make his Saints debut in their Welsh Premier League game away to Carmarthen Town on Tuesday night.

"I will bring composure on the ball and add a bit of experience in the midfield," added Fowler, speaking to the TNS website.

"I am definitely a winner, both in training and in the match, I always want to win. I am hoping to add a bit of leadership to the side."