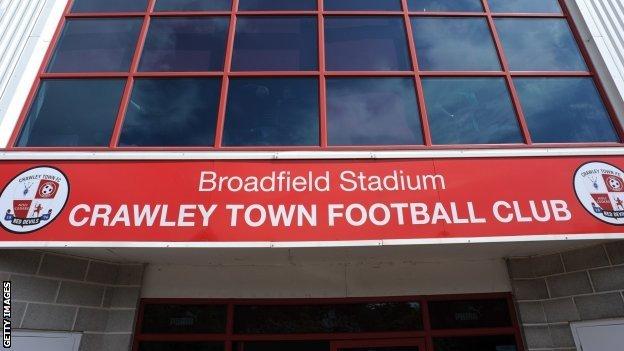 Crawley Town are to close their youth academy at the end of the season.

The League One club say the lack of home-grown players making an impact at first-team level means they cannot justify the cost of running an academy.

"This has been an agonising decision to make but has been done in the interests of the club's overall viability," said chief executive Michael Dunford.

"We had hoped the scholarship programme would be sustainable, but the reality is that it is very expensive and requires more financial resource than we can provide as a club at the moment.

"As part of our ongoing financial review we have been examining every aspect of the club.

"Since we became a League club, none of the scholars who have been with us have become first-team regulars and it is very hard for local lads to progress now as we are competing in League One and looking to push towards the Championship.

"We are extremely grateful to Steve and Mark for the work they have done and we wish them and the lads all the best for their future careers."