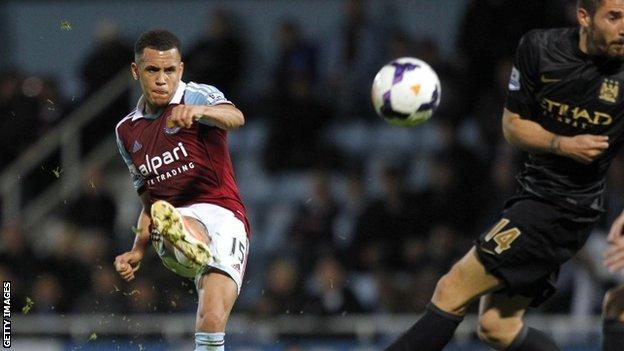 Redknapp said the 21-year-old is ready to play despite injury concerns.

"He's a fantastic talent and could make all the difference. He seems a decent lad and a talented footballer."

Morrison, who joined the Hammers from Manchester United in January 2012, has missed out on first-team action recently after impressing earlier in the season.

Earlier in the week, West Ham boss Sam Allardyce said: "Ravel is still complaining about the problem that's he had from before Christmas - that he's got a rumbling groin problem.

"He says he feels it occasionally. Instead of gritting your teeth and getting on with it... he's not the type.

"Lots of players throughout the country will be playing with a similar type of injury that the medical team say 'you can carry on, it's not a problem'."

Redknapp admitted on Friday that taking the England Under-21 player, who has had disciplinary issues in the past, was "a gamble" but indicated his fitness was not a big concern.

"It is a gamble. If he didn't have a problem somewhere, we wouldn't get him at QPR. He'd still be playing at Manchester United.

Morrison, who was linked with a move to Fulham in the January transfer window, has not started a Premier League game since facing his former club Manchester United on 21 December.

Since then, he has started the FA Cup and Capital One Cup defeats by Nottingham Forest and Manchester City, and came on as a substitute in the league defeat by Newcastle.

With the transfer window closed, any loan deals involving Football League clubs are classed as "emergency" loans, which can only be for a maximum of 93 days.