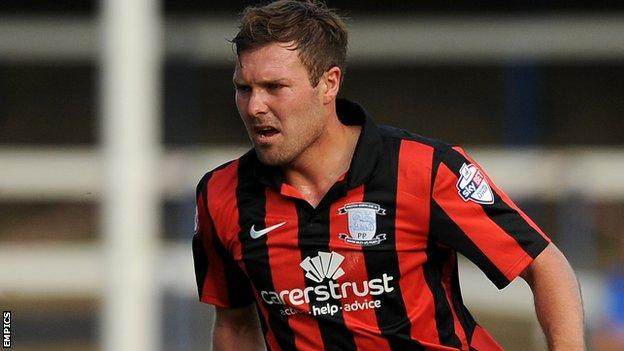 Scott Laird has warned League One to be wary of the "Preston train" as their promotion challenge gathers momentum.

"I know how it starts to build and how the crowd start to get going at every game. It's starting to build now, and once that Preston train gets going, I don't think it can be stopped."

Laird, who won consecutive promotions from the Conference Premier to League One with former club Stevenage, continued: "We've been a bit unnoticed.

"Now we're coming to that business end, it's time for us to push on and put that pressure on the top teams. They know we're coming and they'll be worried about us."

Preston have lost just two of their last 18 league games, although those defeats have come against Brentford and Wolves, two of the three teams above them in the table.

Having won 1-0 at Leyton Orient in November, the Lilywhites will hope to complete a league double over the O's at Deepdale on Saturday.

"What a game," said Laird, who missed most of last season with a broken leg. "We'll pack it [Deepdale], I know, and they won't like coming to our place.

"If we apply ourselves the way we did at their place, we can come away with three points and put more pressure on that top two."