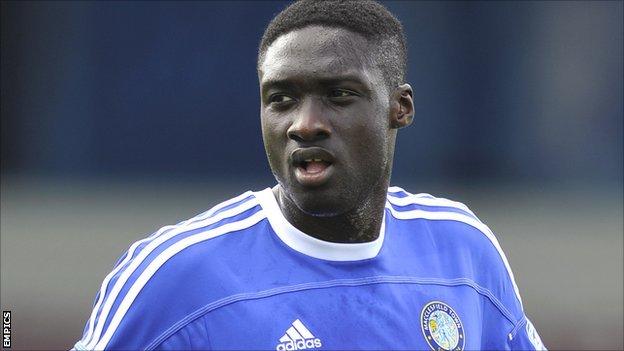 Lincoln City have signed former Luton and Macclesfield midfielder Arnaud Mendy until the end of the season.

The 24-year-old celebrated his birthday on Monday by agreeing a contract, after training for a few weeks with the Imps.

Mendy was a free agent, having been released by Luton in December after a goalless 24-match spell with the club.

The Guinea-Bissau international joins with Lincoln lying 16th in the Conference Premier ahead of Saturday's home game against Kidderminster.