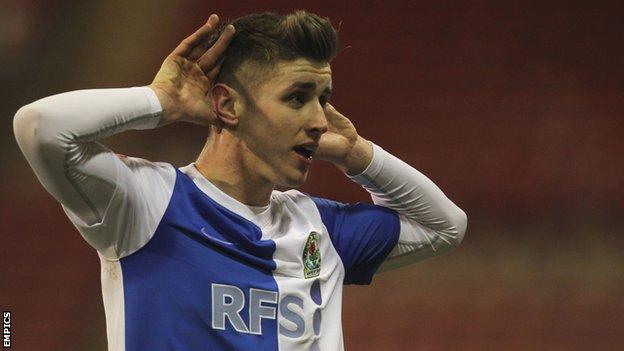 Blackburn's Tom Cairney may be fit to face Bolton on Saturday after a scan showed no serious damage to his ankle.

The 23-year-old was hurt in Saturday's 1-0 win at Reading and left the Madejski Stadium in a protective boot, but he has an outside chance of featuring against Wanderers.

Midfielder Cairney joined Rovers from Hull in January after initially moving to Ewood Park on loan in August.

He has played 33 times for Blackburn, scoring three goals.

Meanwhile, left-back Tommy Spurr hopes the win against the Royals will prove to be the catalyst for a promotion push.

It put them ninth in the table, four points behind sixth-placed Reading.

Spurr, who has started every league game for Rovers this term, told BBC Radio Lancashire: "If they'd have beaten us, they would have been 10 points in front of us. We'd have still had a game in hand but that would have been a lot for us to do.