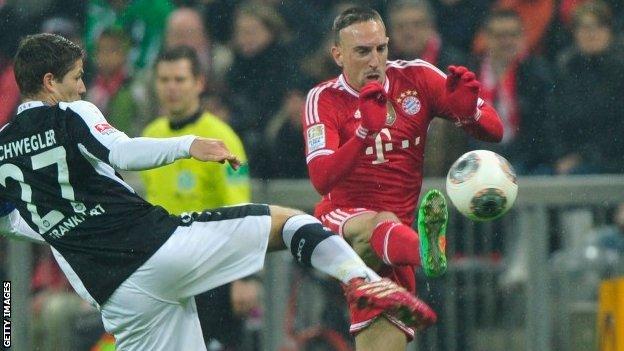 The France international, 30, had an operation on 6 February to repair a burst blood vessel.

Bundesliga and European champions Bayern said Ribery will return to training next week.

Bayern face Arsenal at Emirates Stadium on 19 February, before the return leg on 11 March.

Ribery made the three-man shortlist for the 2013 Ballon d'Or and helped Bayern win the treble last season.