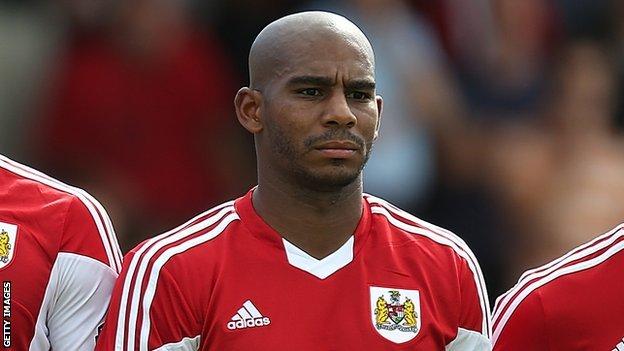 Bristol City midfielder Marvin Elliott is set for a spell on the sidelines after breaking his hand.

The 29-year-old also injured his ankle ligaments and suffered bruising in a clash of heads with James Wesolowski during Saturday's 1-1 draw with Oldham.

"He'll go off to have a scan on his ankles. He looks like a bus hit him but it was only a 5ft 8in midfielder."

Elliott has scored five goals in 30 games so far this season.

Since signing in 2007, the Jamaica international has played 252 times for the Robins, scoring 28 goals.