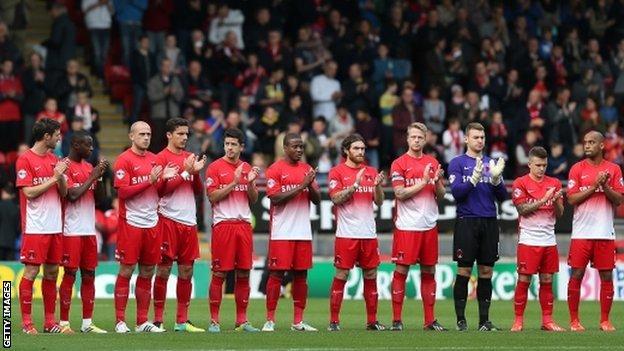 A Leyton Orient fan who passed away last year left the east London club £150,000 in his will.

John Burman, known as 'Chingford John' to his friends, died aged 55 after a battle with cancer.

"We're still working out exactly what we're going to do with the money and how we're going to best mark John's memory," O's chief executive Matt Porter told BBC London 94.9.

"It will be used for the benefit of the club, which is what he wanted."

Orient dedicated Saturday's game against Peterborough to the memory of Burman, who was a season ticket holder for many years.

"John can rest in peace knowing that the money is being looked after," Porter added.

Meanwhile, Peterborough have offered to pay for the cost of damage caused to 60 seats in the away fans' section during Saturday's match.

Posh chief executive Bob Symns said: 'It was truly embarrassing and sad to see and hear of the vandalism caused by the mindless few."