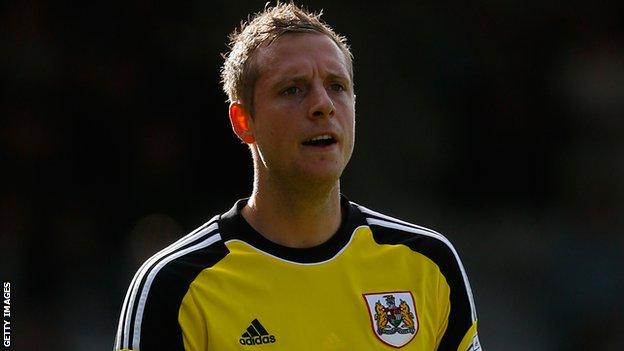 Newport have signed the 23-year-old following an injury to Jamie Stephens.

Parish has made 19 appearances for City this season but Simon Moore has played in the last three games since joining on loan from Cardiff.

"Elliot wouldn't benefit as much playing under-21 football with us, so this is good for him," said City boss Steve Cotterill.

"It's bad luck for Newport's keeper but I'm pleased because it gives Elliott a chance to go out and play in the Football League."

Parish joined Bristol City on a two-year deal in July 2013 following his release by Cardiff City.