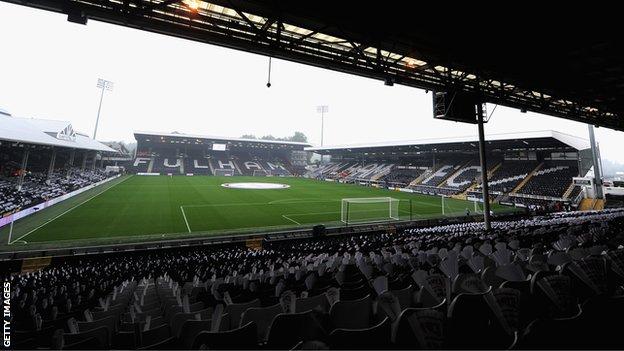 Fulham's Premier League home game against Liverpool on Wednesday will go ahead after a planned London Underground strike was suspended.

The club had been worried that staff would not be able to attend "in sufficient time and numbers" to meet safety requirements.

"Our game v Liverpool tomorrow night, will go ahead as planned," the club tweeted.

The American questioned on Twitter why Fulham had doubts over their ability to stage the game while West Ham, Arsenal and Leyton Orient planned to host matches regardless of a repeat of last week's travel chaos.

Fulham manager Rene Meulensteen had earlier said that he expected the game to go ahead regardless of any industrial action.

Arsenal counterpart Arsene Wenger had admitted that while a strike would "not be the best conditions" for a game, "we have improved the number of stewards and the safety and security of our fans should be guaranteed".