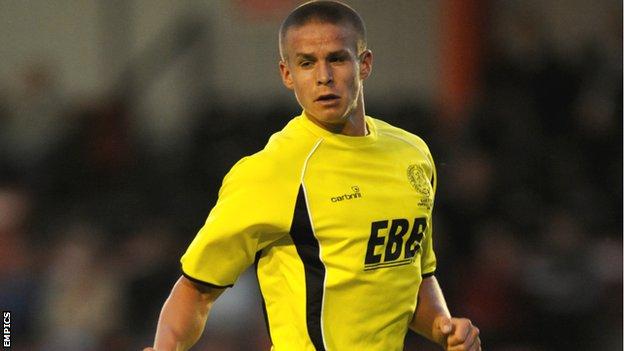 Exeter defender Doug Bergqvist has left the club on a free transfer to join Swedish club Ostersunds FK on a two-year contract.

Bergqvist joined the Grecians in June 2013 from Aldershot but never made a first-team appearance for the club.

The 20-year-old went on loan to Welling United, where he made 20 appearances and scored two goals.

"But in our current circumstances we are not in a position to guarantee that we would be able to offer him a suitable contract beyond the current season, therefore it would be difficult to stand in the way of this new opportunity for Dougie and we wish him well at his new club.

"We are also grateful to him for all the hard work and commitment he has shown when he has trained with us, and to Welling United for giving him the opportunity to play regular competitive football."