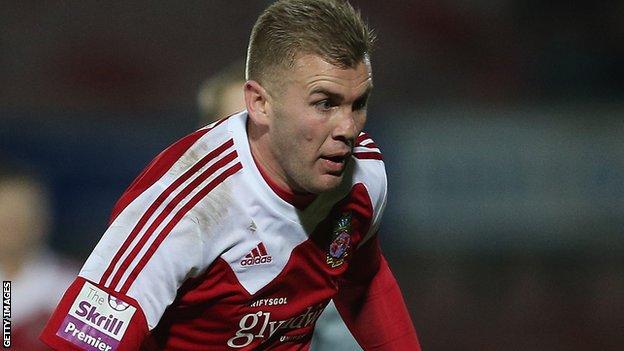 Cambridge United played out an uninspiring goalless draw with Wrexham that did little for their Conference Premier promotion aspirations.

Luke Berry dragged wide and Liam Hughes almost connected with Tom Elliott's cross as the U's edged the first half.

Berry was again off target before Joe Anyinsah went close and Andy Bishop missed from six yards for Wrexham.

But neither side flourished as the second-placed U's missed the chance to close the gap on leaders Luton.

Cambridge are now eight points behind the Hatters, while Wrexham are seven points shy of the play-offs.

"A really tough game and a tough place to come, but a great reaction from my lot after losing at Dartford.

"I thought we defended really, really well and we had to because they are a good team and they are not second in the league for nowt.

"We put our heads were it hurts, blocked people and then played our stuff as well. I think we had the better chances of the game to be fair.

"If we can get somebody to start scoring goals then we are going to be a team, but I don't have anyone who is really firing at the moment."

Shots on Target
Home0
Away1