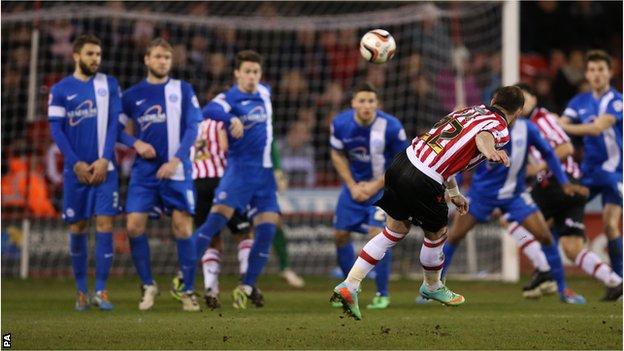 On-loan Derby midfielder Davies curled the ball in on his home debut just after half-time before substitute Porter drove in the second late on.

The Blades, who kept their sixth league clean sheet in a row, moved up to 10th.

Stephen McGinn earlier hit the post for much-changed United, who face Charlton in the FA Cup quarter-finals on Sunday.

McGinn was also denied by Posh keeper Bobby Olejnik and Callum McFadzean's low shot was deflected past the post.

It was a second straight defeat for Peterborough, who offered little and stay sixth.

"It was a poor performance. Too slow in the first half.

"We knew they'd sit off us and try and break on the counter attack. But we didn't play with enough tempo.

"We couldn't have started the second half any worse.

"But the simple fact is we couldn't break them down."