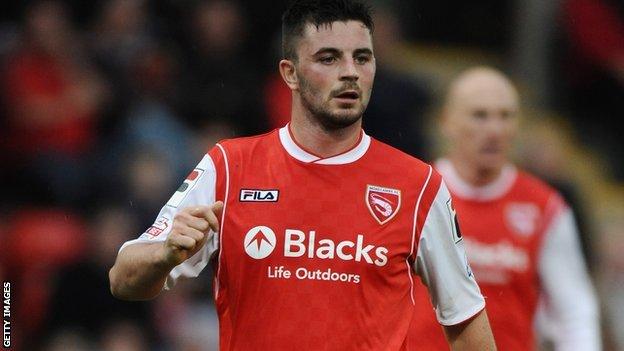 Referee Andy D'Urso ended Exeter's draw with Morecambe in controversy after reversing his decision to award the hosts a stoppage-time penalty.

Padraig Amond had earlier cancelled out Tom Nichols's second minute City goal before an incredible end to the game.

D'Urso looked to have given the Grecians a chance to win after David Wheeler was felled in the box which led to a melee between both teams.

After the situation was calmed, Morecambe's Jamie Devitt was sent off.

But with John O'Flynn waiting to take the penalty the referee decided to award The Shrimps a free-kick instead.

This all overshadowed the match which saw 20-year-old Nichols smashing in his fifth of the season for Exeter before Amond latched on to Andrew Fleming's pass for the equaliser.

"It all hinged on that final couple of minutes. As soon as the tackle went in, it looked a stonewall penalty from where we were stood.

"The referee pointed to the spot, but the linesman had a better view and the lad's been booked for diving. Our players said afterwards it was a blatant dive.

"The main thing for us is that we've lost Jamie Devitt to a straight red card and that's disappointing."