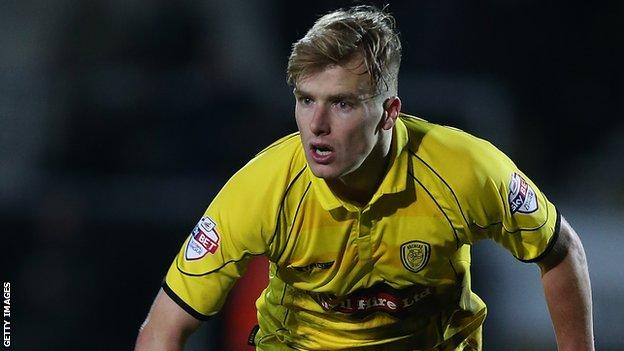 Torquay slumped to the bottom of League Two despite ending a three-match losing streak by rescuing a draw against play-off chasing Burton.

Left-back Damien McCrory fired the Brewers ahead after 33 minutes with a fierce drive from just inside the box.

United goalkeeper Michael Poke made a brilliant point-blank save to deny Burton's Dominic Knowles a winner.

"To travel four and a half hours on a coach on the day of the game and then to ask the players to play how you'd want them to play is never easy, especially on the back of two other away trips.

"We changed the system because I just thought we needed to try something different to see if we could freshen things up and get the lads to pass the ball a little bit more.

"After we got the goal, I thought that was it. The way we've played recently and the way we defend, particularly with the formation we played, I really thought it was game over, so to concede the goal when we did, I thought was really, really sloppy and disappointing."