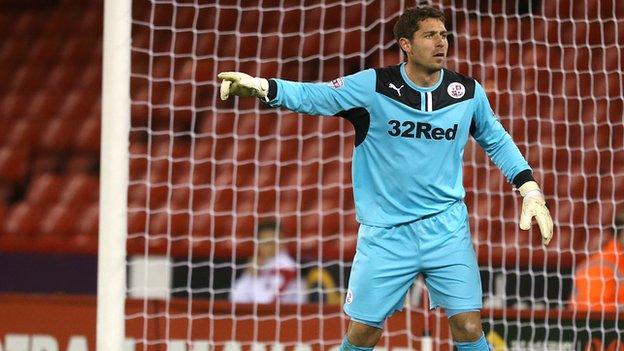 A mistake by Crawley keeper Paul Jones gifted Port Vale victory in a game which saw both sides reduced to 10 men.

Town wasted numerous chances before Billy Clarke deservedly put them ahead at the break, scoring with a penalty after Joe Davis felled Rory Fallon.

Vale levelled through Billy Knott's 20-yard shot and Crawley then had Dannie Bulman sent off for a second caution.

Doug Loft's powerful strike crept past Jones to seal the win for Vale, who then had Chris Robertson sent off.

"That's probably the best we've played since I've been here and it's just about not taking chances in front of goal. I've become a bit of an old gramophone in the last couple of games.

"There were chances to win that game and I am getting a bit fed up repeating myself week after week. It's rather difficult to stand here and try and explain how we lost that game and that is the harsh reality.

"A lot of their fans called me over because they wanted to say they couldn't believe Port Vale had won the game and that quite a few of them said that we were the best team that has played here this season. But of course that means absolute zilch if you've not won the game.

"We certainly cannot afford to miss opportunities like that to win the game."