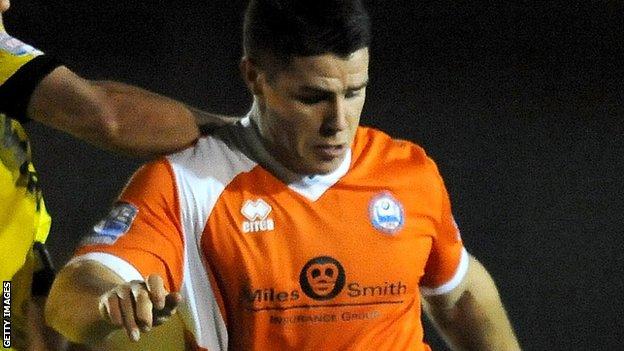 Braintree moved to within a point of the Conference Premier play-off places after cruising to victory at Southport.

James Mulley headed in from the far post for Braintree's third just before Southport's Luke George was sent off for a second yellow card.

Holman completed the scoring as he impressively shot into the top-right corner from the edge of the box.