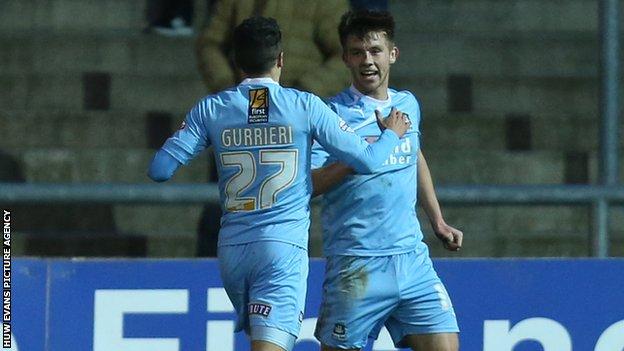 Plymouth boosted their League Two play-off hopes with their first win in four at mid-table Newport.

Conor Hourihane's finish from a counter-attack sealed the win and moved ninth-placed Argyle to within two points of York in seventh.

"The main thing now, at this stage of the season, is just getting three points.

"I thought we worked very hard and we probably deserved it.

"We scored two excellent goals but I was disappointed about their goal."