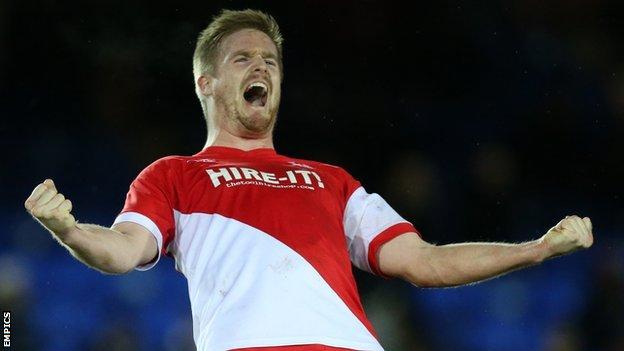 It also extended the Harriers' run of just one defeat in 10 games since Gary Whild took charge in early March, following Andy Thorn's sacking after the 5-1 defeat at Cambridge.

Richard Money's Cambridge, who ended run of four straight wins, had only one worthwhile effort - a Tom Champion shot early in the second half which brought a flying save from keeper Danny Lewis.

"The lads were terrific and acquitted themselves really well. Nathan Blissett and Michael Gash were outstanding. I thought the two of them were a menace.

"The three points are massive. Cambridge are the form team in the division and they've been on fire.

"We're very much under the radar. We go to Hyde before having Nuneaton here in a derby. And they are two absolutely critical games.

"If we could go to Halifax on the last day with something to play for and a chance of getting into the shake-up then that's our aim."