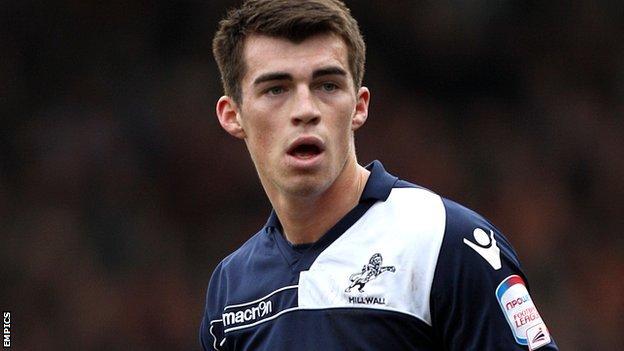 Northampton Town have signed striker John Marquis on loan from Millwall until the end of the season.

The Cobblers will be the fourth club the 21-year-old has played for since August, after earlier loan spells with League Two Portsmouth and Torquay.

Marquis has made 50 appearances in his Millwall career, scoring six times.

He has scored five goals in 14 games so far this season, including a run of three in four games for Torquay, who Northampton face on Tuesday evening.