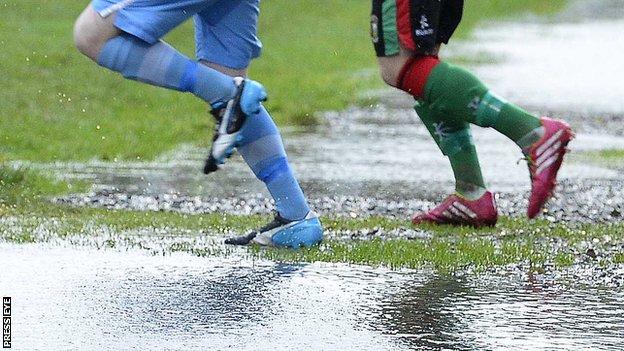 The rearranged Irish Premiership game between Warrenpoint Town and Glenavon on Tuesday night has been postponed because of a waterlogged pitch.

The decision to call off the match was taken following a lunchtime inspection at Milltown.

The initial game between the sides on 21 December was abandoned because of floodlight failure.

Tuesday night's other match, between Ballinamallard and Crusaders at Ferney Park, went ahead as scheduled.

A second league fixture between Warrenpoint and Glenavon at Milltown, scheduled for 25 January, was postponed as a result of a waterlogged pitch and has been rearranged for Tuesday 4 March.