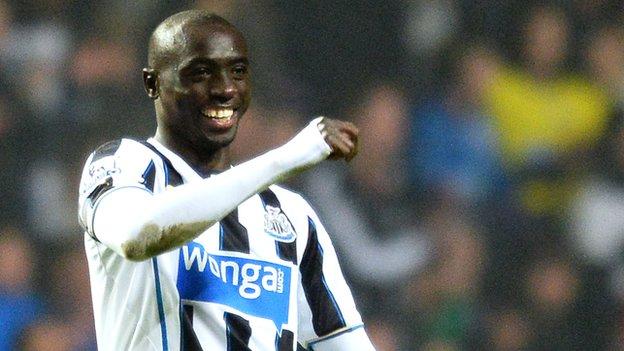 And manager Alan Pardew has challenged the forward to "have a big second half of the season for the summer".

"We are going to have decide whether he is going to stay at this club and be a big player for us like he was two years ago and last year to a degree, or whether it's going to be pastures new."

Cisse has scored only three goals in 18 appearances this season and has recently slipped behind loan signing Loic Remy in the pecking order.

Two of those goals came in his last three appearances before he aggravated a back injury during a warm-weather training camp in Abu Dhabi last month.

But he is now close to a return and Pardew's comments will have left him in little doubt as to what is required of him during the next few months.