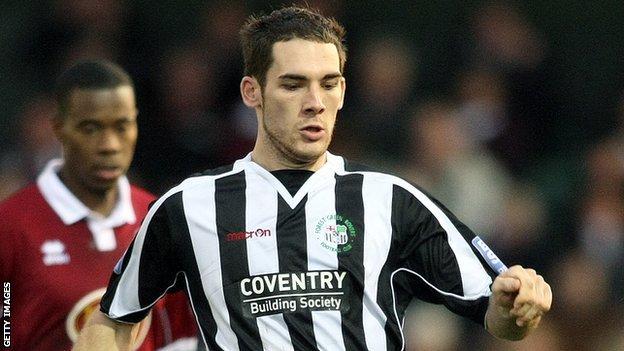 Gibraltar have called up Wycombe Wanderers striker Reece Styche for their home friendlies against the Faroe Islands and Estonia.

The 24-year-old ex-plumber, who made his Football League debut last month, is one of six British-based players to be called up for March's fixtures.

Former Stoke and Southampton player Higginbotham, 35, stopped playing club football in January, but has agreed to play in these friendlies.

Meanwhile, Styche - on-loan at Wycombe from Forest Green - qualifies through his grandmother and will miss the Chairboys' trip to Southend on 1 March as a result of his call-up.

Upon hearing the news, he said on Twitter: "Buzzing about the news!!! Call up to @FootballGib. 2014 has started brilliantly."

Gibraltar drew 0-0 with Slovakia in their first Uefa match in November.