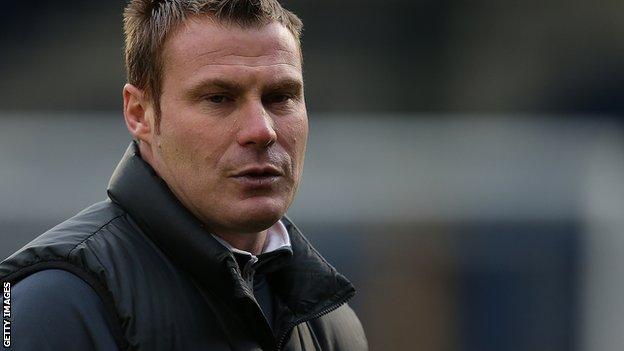 Bury manager David Flitcroft has praised the attitude of his players after admitting a series of postponements are "causing chaos" in his side's battle against relegation.

They were due to travel to Mansfield on Tuesday but the game was postponed because of a waterlogged pitch.

"It is causing real chaos but the players got on with it and they've been a credit," said Flitcroft.

The lads want to gain some momentum, get back out on that pitch and prove what a good set of players they are

The 40-year-old told BBC Radio Manchester: "There's nothing you can do about it. It's no good moaning, it's just about getting on with it."

Bury have lost just twice in nine outings since Flitcroft was appointed in December and taken four points from their last two matches against Wycombe and Oxford.

Saturday's trip to Torquay was also postponed, and the former Barnsley boss is frustrated that the inclement weather has denied his team the chance to continue their recent improvement.

"The lads are ready," he said. "We had a fantastic performance and win against Wycombe, and then took a top team on in Oxford and were excellent against them to get a good draw.

"The lads want to gain some momentum, get back out on that pitch and prove what a good set of players they are."