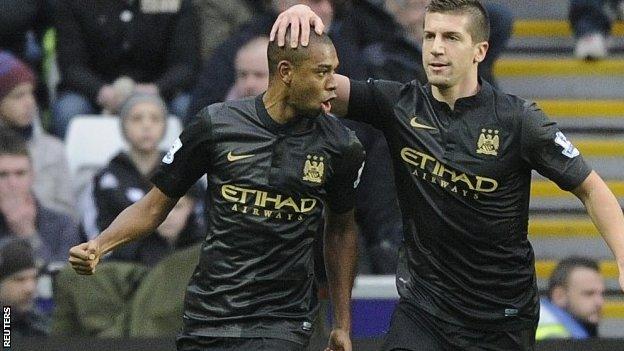 Manchester City midfielder Fernandinho has been named in the Brazil squad for the first time in two years.

The 28-year-old, who has won five caps but has not appeared for Brazil since February 2012, is one of 17 players based outside Brazil named for the 5 March friendly in South Africa.

"I'm very excited at the prospect of representing my country again," he told the club's website.

QPR goalkeeper Julio Cesar is included despite being third choice at the Championship club. His only appearance of the campaign came in a 4-0 FA Cup defeat by Everton.

National team coach Luiz Felipe Scolari will complete the squad with Brazilian-based players, to be selected at a later date.

The March match in Johannesburg is Brazil's penultimate friendly before they face Group A opponents Croatia in the opening game of the 2014 World Cup on 12 June.