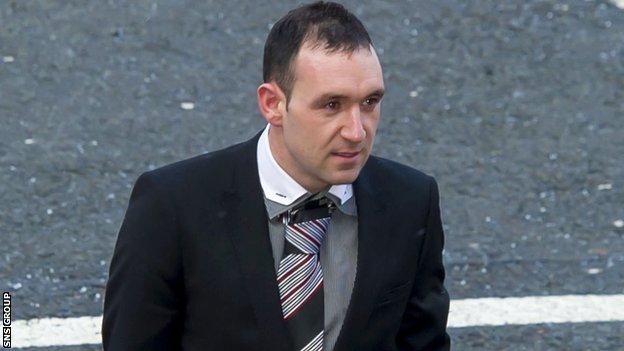 The 30-year-old appealed against a six-match ban after being found guilty of placing seven bets on six matches involving his own team.

And now the Honest Men's leading scorer must sit out four games, with two more suspended until the end of the year.

Moffat, who avoided a fine, was also found guilty of placing an additional 150 bets on other games.

When the charges first surfaced, the Scottish Football Association stressed there was no evidence to suggest Moffat has been involved in match-fixing or influencing results.

Earlier this season, Rangers midfielder Ian Black was fined £7,500 and banned for 10 matches - of which seven were suspended - after admitting to gambling on 160 matches over a seven-year period, including betting against his own team on three occasions.

That prompted Ayr chairman Lachlan Cameron to describe Moffat's original penalty as "grossly unfair" and he complained of "inconsistencies in the decision-making process".

Moffat who has netted 20 goals this season, will miss matches against Rangers, Dunfermline, Airdrieonians and Forfar.