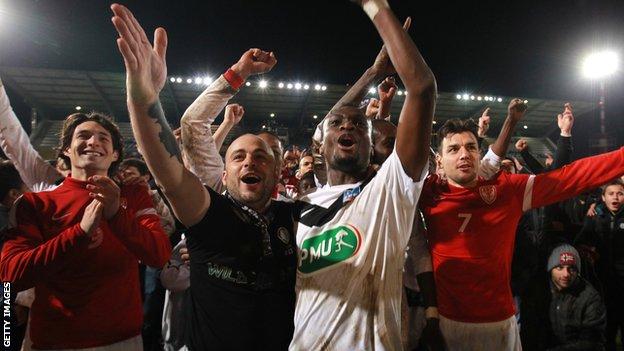 Striker Belkacem Zobiri scored in the last minute of extra-time to give the fourth division side a 1-0 win over their rivals, who won the 2011-12 league title.

Montpellier, who beat Paris St-Germain in the last 32, were awarded a penalty 12 minutes into extra time but Mbaye Niang's effort struck a post.

This was Cannes's second successive cup win over a top-flight side having defeated St Etienne on penalties in an earlier round.

The south-coast club, founded in 1902 by Briton Herbert Lowe and a group of friends, has an impressive alumni that includes Zinedine Zidane, Luis Fernandez, Alen Boksic, Gael Clichy and Patrick Vieira.