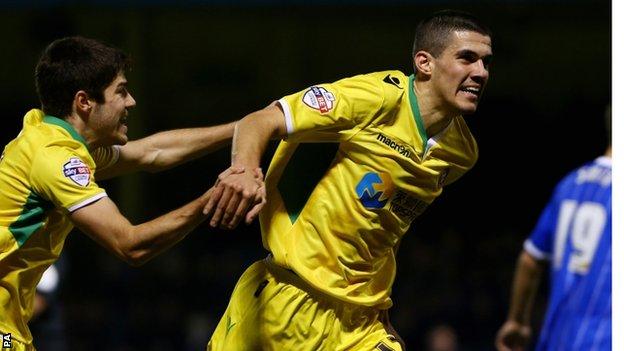 Sheffield United lifted themselves out of the League One relegation zone with victory over Gillingham.

Conor Coady's first-half goal from inside the box earned all three points for the FA Cup quarter-finalists.

Ryan Inniss, making his Gillingham debut, missed a good chance in the first half but was substituted after 42 minutes because of injury.

Ben Davies, who signed for Sheffield United on loan from Derby an hour before the match, also made his debut.

The hosts had won their last three games at Priestfield but only Adebayo Akinfenwa went close to scoring, with a header onto the roof of the net.

Coady's goal came from a low drive sent into the bottom right corner.

It was the Liverpool loanee's second strike of the week, after he played a part in their 3-1 FA Cup win over Nottingham Forest on Sunday.

"We're delighted on the back of Sunday's performance and victory to come here (and win).

"To come here and get a clean sheet and three points, I think it's probably the best three points of the season."