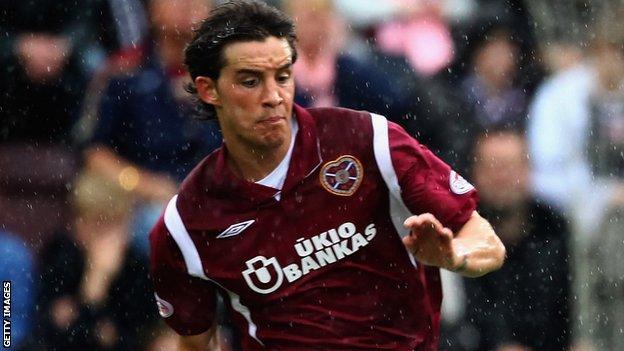 The 30-year-old Spaniard made 125 appearances during his time in the Scottish Premier League between 2007 and 2011.

The Glovers are now waiting for international clearance to complete the deal for Palazuelos, who has spent the last fortnight training with the Championship club.

"He's a midfielder that can pick out a pass, that's his game.

"I feel we need that one who's going to feed the forwards with the right ball at the right time. We have got a lot of endeavour but not that spotter."

Yeovil are bottom of the Championship, six points from safety, with only one win from 11 games.

Johnson hopes to have Palazuelos fit and ready to play in their next fixture on Tuesday against Watford.

"He's trained with us fully for a week or two, he's not behind in the training sessions," added the Glovers boss.

"But we can never tell until we fix a game. While the floods are here it's hard to fix a game.

"We will have to fit him in and see where he is and see what his form is like."