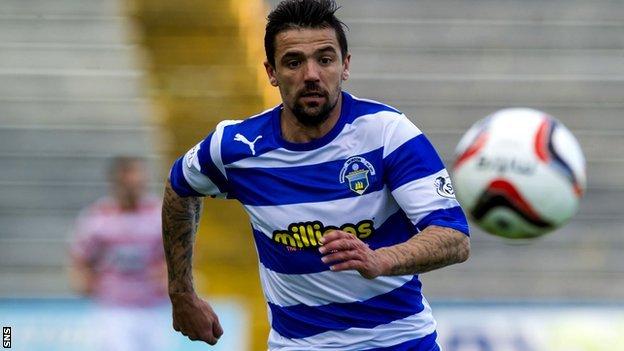 United manager Graham Kavanagh revealed terms had been agreed with the 34-year-old Spaniard following the Cumbrians' 1-0 win over Bradford on Tuesday.

Kavanagh told BBC Radio Cumbria: "He's scored goals wherever he's played and brings intelligence and cleverness to the team. He's a new option for us."

Novo scored 71 goals for Rangers in six seasons with the Ibrox club.

He left Rangers in 2010 to play in Spain, but last summer had trials with Rangers and Kilmarnock before joining Morton on a short-term contract.

"It's about getting his clearance now, I'm not really sure the time frame on that, but I imagine he will be available for our next game," said Kavanagh.

"It's pleasing, all the players we've signed up to now have been generally young and inexperienced, and he gives us a know-how and knowledge and composure that I hope will rub off on the other players and excite the fans."