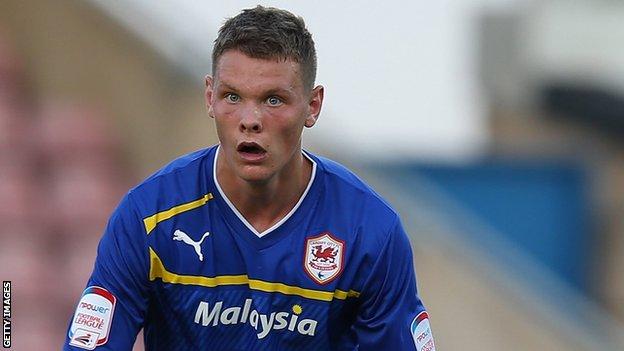 Peterborough United have signed Bournemouth forward Josh McQuoid and Cardiff defender Ben Nugent on loan until the end of the season.

Both players can feature in Friday's League One visit of Walsall, but Nugent is cup-tied for the Johnstone's Paint Trophy.

The centre-half, 21, had a loan spell at Brentford earlier this season.

Attacking midfielder McQuoid, 24, returned to his first club Bournemouth in 2012 but has played once this term.

The Northern Ireland international, who can play behind a striker or out wide, attracted attention when he scored 12 goals in 18 games for the Cherries at the start of the 2010-11 campaign.

He was signed by Millwall midway through that campaign but returned to Dean Court two years ago.

Nugent made his Cardiff debut last season, making 12 Championship appearances, but has yet to feature in the Premier League.

Following Posh's clash with Walsall, Darren Ferguson's side face the second leg of the Johnstone's Paint Trophy southern area final at Swindon on Monday, which is currently 2-2.