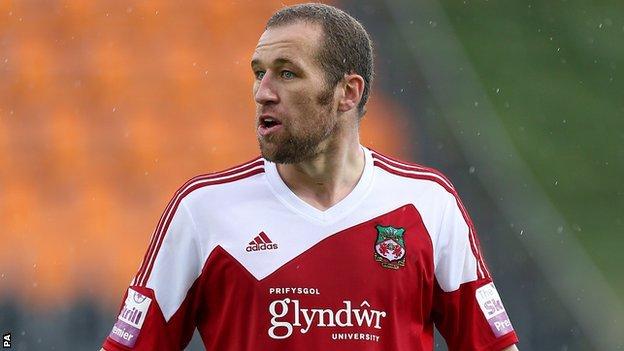 Wrexham defender David Artell has been called-up by Gibraltar for two friendlies in March against the Faroe Islands and Estonia.

Gibraltar is the newest addition to the international game after been accepted as a full member of Uefa, European football's governing body in May 2013.

"This is a fantastic opportunity for me," said the 33-year-old centre-back.

"To have the chance of playing international football is the dream of any player."

Gibraltar are building towards the Euro 2016 qualifying campaign, having marked their debut as a Uefa member last November by holding Slovakia to a goalless draw.

"To be part of Gibraltar's emergence at this level of the game is also special," added Artell, who qualifies through his father.

"[Wrexham manager] Andy Morrell has been very supportive and it will mean missing the league game at Hereford United, but it's an opportunity I could not miss out on."

Also travelling from the UK will be Will Britt (Southampton), Scott Wiseman (Preston) and Adam Priestley (Farsley).