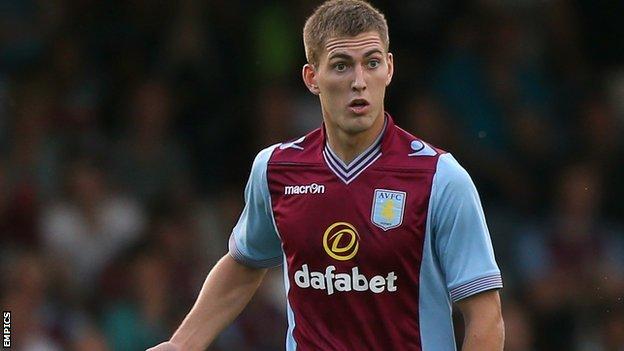 The 21-year-old has not featured for the Premier League side this season and missed most of the last campaign after undergoing knee surgery.

The England Under-21 international has made 17 appearances for Villa.

He could make his debut for Wednesday, who are 17th in the Championship, in their FA Cup fifth-round tie against Charlton on Saturday.

Meanwhile, Owls midfielder Jose Semedo has been ruled out for up to eight weeks with the ankle injury he suffered in Tuesday's defeat by Wigan.

The 29-year-old had to be stretchered off in the second half after catching his studs in the ground in a tackle.