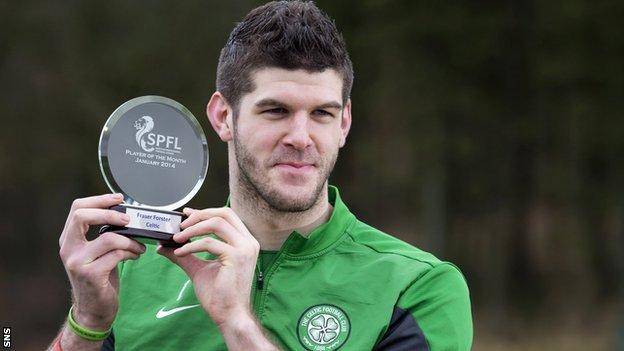 The defending champions won all five of their league fixtures last month, with Forster not losing a single goal in the process.

And Forster recently completed a sequence of 12 domestic clean sheets.

Having joined Celtic initially on loan in 2010, Forster made his England debut against Chile in November.

Celtic boss Neil Lennon has been named for January.