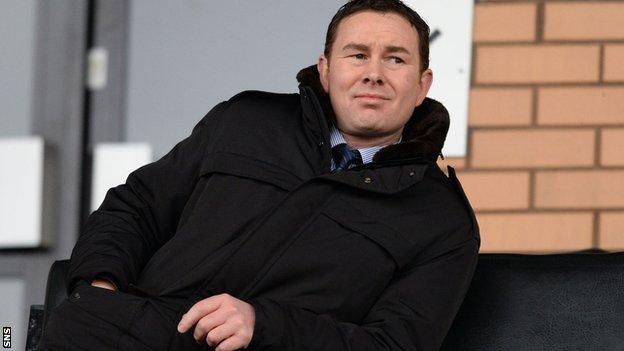 Adams feels the current under-20s league does not offer enough opportunities for senior players who are not featuring in the first team.

And the County boss does not believe a return to reserve teams would limit first-team chances for youngsters.

"That would still be the case when they play in reserve team football."

Everybody would like to have an under-20 league, a reserve team league and a first team but finances dictate that it's not possible

Participation in the reserve league among top-flight clubs fell towards the end of the previous decade.

The Scottish FA's Dutch performance director Mark Wotte introduced a model similar to that adopted in the Netherlands shortly after taking up his post.

The current under-20s division came into force in 2012, despite opposition which led to and voicing their concerns.

Though some over-age players can feature in the under-20s, it is primarily used as a vehicle for teenagers to eventually graduate to the senior squad.

"We've got under-20s coming to the end of their apprenticeships and then they become first-team players," explained Adams.

"That comes into a first-team budget and then we have to make decisions on say a 19-year-old, where maybe in a couple of seasons' time, he might be able to go and play in the first team.

"We're cutting short a player's career because of finances. Everybody would like to have an under-20 league, a reserve team league and a first team but finances dictate that it's not possible.

Adams, who started his career at Aberdeen, feels a reserve team featuring a mixture of experienced and inexperienced players would ultimately benefit the latter.

"I was brought up playing reserve team football where senior players helped me," he added.

"These were the players that really helped me have an understanding of the game."