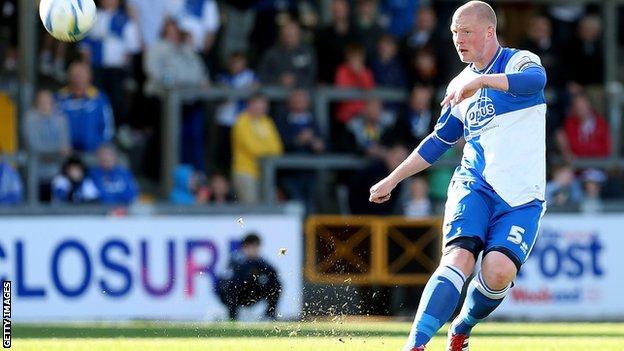 Former Dundee United and Bristol Rovers defender Garry Kenneth has signed for Scottish League One side Brechin City until the end of the season.

The 26-year-old has been a free agent since in December.

Kenneth started his professional career at United, winning the Scottish Cup in 2010, before heading south in 2012.

He has also won two caps for Scotland's senior side, with both appearances coming in 2010.

A six months after he joined Bristol Rovers led to a lengthy absence and he has not played a first-team game for over a year.

He could make his Brechin debut in Saturday's match at Airdrieonians.

"Garry Kenneth brings a wealth of experience having made over 160 appearances for Dundee United and with 24 appearances for Bristol Rovers," said Brechin on their website.