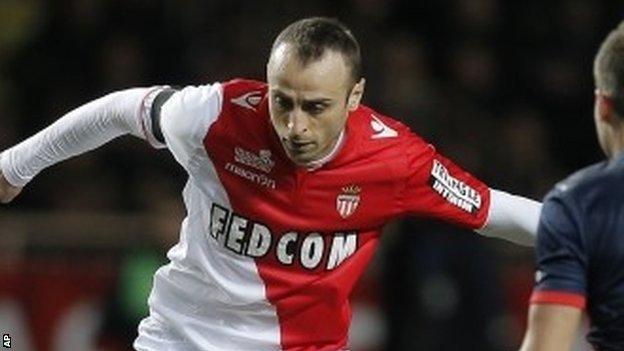 Dimitar Berbatov scored his first goal for Monaco, an extra-time winner against Nice, to send the Ligue 1 club into the last eight of the French Cup.

The striker, 33, who joined on loan from Fulham in January, came on as a substitute in the 1-0 win.

Nice played with 10 men for almost an hour when Timothee Kolodziejczak was sent off for slapping ex-Chelsea and Real Madrid defender Ricardo Carvalho.