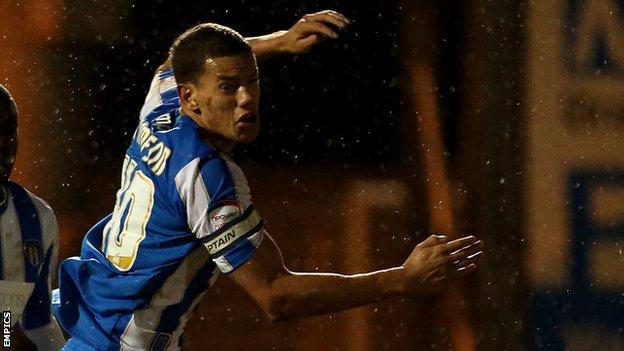 Colchester United defender Josh Thompson's prospects of playing again this season have diminished after a problem with his recovery.

Thompson, an arrival from Portsmouth last season, initially injured his ankle towards the beginning of the current campaign.

The centre-half made an attempted comeback as a substitute in a Johnstone's Paint Trophy game against Dagenham & Redbridge in September, but had an operation a month later.

It was hoped he would return by mid-January, but his attempts to train this week have been stopped short by a problem with the same ankle.

"Sometimes when players are employed by clubs they feel they've got to rush back but I would never do that to a player," said Dunne, whose own playing career was ended by a knee injury.

"I had that experience and look what happened to me. Josh just needs to get back and make sure things are right."