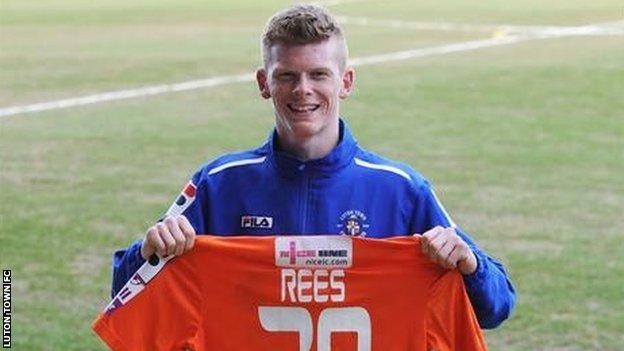 Rees, who turns 18 next week, has impressed boss John Still in four appearances in the FA Trophy this term.

He joined the Hatters academy in 2007 after playing for Cambridge United and Rushden & Diamonds.

"Ian has shown a tremendous appetite for football and his enthusiasm and ability has really shone through," Still told the club website.

"Ian's performances in the FA Trophy, where he came up against very seasoned professionals, showed a great level of maturity. He wasn't fazed by the situation and took the opportunity with both hands."