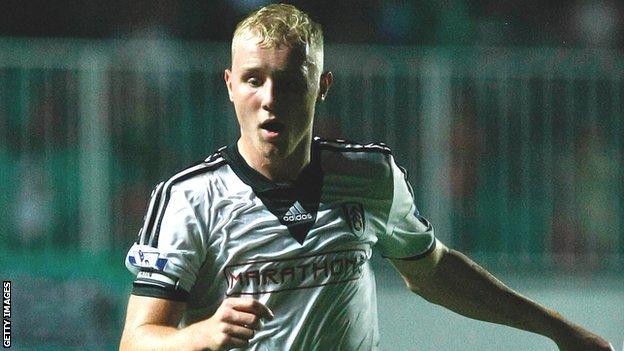 Port Vale have extended defender Jack Grimmer's loan from Premier League side Fulham until the end of the season.

The 20-year-old Scotland youth international joined Vale on an initial one-month loan in early January and has so far made six appearances.

Grimmer told BBC Radio Stoke: "It was a bit later than I would have liked but I am just happy it is finally sorted.

"I came here to play games and get a good run under my belt and I'm thankful to the manager for the chance."

Grimmer joined Fulham two years ago for £200,000 from Aberdeen.

But, although he has played at right-back and in midfield for Fulham Under-21s, he has not yet made the first team.

Vale currently lie ninth in League One, six points behind the play-off places.

They cross the Shropshire border for Saturday's lunchtime derby against one of their main local rivals, relegation-haunted Shrewsbury Town.